“…And with great apprehension she said,
DON’T WAKE THE NIGHT, FOR ITS DARKNESS WILL REVEAL THE TRUTH ” 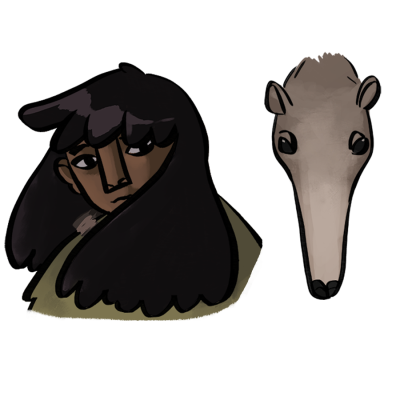 Known for her care towards her community, Guardian does her best to protect and help others. In the overwhelming need to protect, she can easily be swept up in doing whatever possible to do just that, at times employing methods that are taboo (such as asking for a spirit to solve interpersonal conflicts). She wears the anteater mask, an animal known for its elegant stride and solitary behaviour, a characteristic Guardian struggles against. Voice: Tia Camilleri

Being the spiritual liaison for the community, Healer speaks with spirits to bring good fortune to her companions. She realizes her responsibility is a very important one, as she is the only one capable of doing it. When tasked to do something that goes against her role, requesting a spirit to act as their judge, she is torn between her responsibility to her community and the teachings she respects. Healer wears the parrot mask, an vibrant animal that can speak to otherworldly beings. Voice: Hadiyya M

Her name references her skills at fishing and trapping, but most importantly her ability to look past the surface to truly understand the meaning of something. Hunter is thoughtful about her words, which becomes more important as tensions rise, culminating in a ritual of judgement. Her mask is that of the aguará guazú (large fox or maned wolf), an animal who’s bright fur matches Hunter’s demeanor and dress style. Voice: Bishara Mohamed

A responsibility that seems minor at times, Watcher is in charge of reporting anything that goes missing from the materials that are gathered throughout the year for the annual festivities that take place between the passing of seasons. She is often very anxious but tries her best, and fears her closeness with Whisperer causes others to be suspicious of her. Her mask is that of the fruit bat, a reclusive animal that is often thought as scary but is in fact very harmless. Voice: Leilah Dhore

Their specialty in growing plants is what earned them the name of Gardener, with the responsibility of tending to important herbs that Healer and others need for special rituals and ceremonies. They like to stay out of the way of conflict, preferring the company of their gardens. Gardener wears the mask of the yakare (alligator), a solitary animal who likes swampy areas. Voice: Lequanne Collins-Bacchus

Her name comes from her curiosity in gathering objects that interest her, earning her the responsibility of collecting materials needed for seasonal festivities. Collector is very passionate about her role, and is easily bothered by unnecessary questions or tasks. With the ritual of judgement approaching, her patience is running thin as she thinks it’s a waste of time. She wears the mask of the tagua (chacoan peccary), a resilient animal that is up early, ready to work alongside her community. Voice: Tia Camilleri 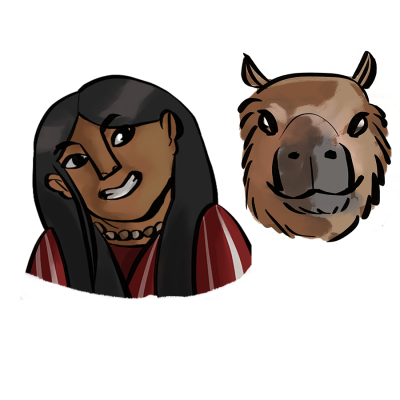 Their name originates from a playful place, signalling their upbeat demeanor and ability to always make the best of bad situations. They don’t have any particular responsibility for the community at large, other than lifting moods. At times their happy exterior hides any doubt they may have broiling on the inside, and with the trial of judgement, those around them aren’t sure whether they’re taking things seriously or not. Hero wears the capybara mask, a friendly animal that eats tall grass, keeping it short and clean. Voice: Meagan Byrne 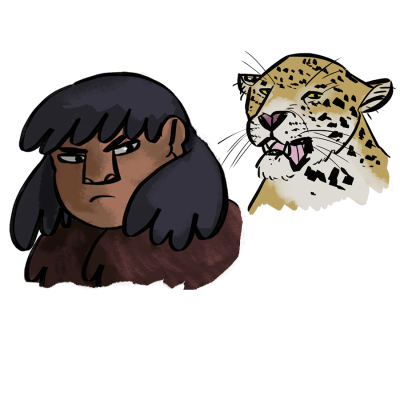 Working closely alongside Guardian, Listener is in charge of taking in concerns from community members and making sure they are heard. Her mood can be intense at times, which many mistake as anger, but in fact she deeply cares for her community and wants it to be well protected, as well as being stressed by ongoing conflicts and miscommunication between community members. Listener wears the mask of the jaguarete (jaguar), a fierce animal that takes on determined paths to her goal. Voice: Leisha-Marie Riddel

An elusive individual, Whisperer has found herself at the center of the latest conflict, yet no one knows much about her since she disappeared from the community over a year prior to the events of DON’T WAKE THE NIGHT. Living in isolation, always wearing her ceremonial mask, no one quite knows what’s going on with her. Her name comes from her quiet demeanor, and her ability to wield words like dangerous weapons. She wears the guazu puku (large deer/marsh deer) mask, an animal that roams the marshes alone, easily frightened by the presence of others. Voice: Iris Robin 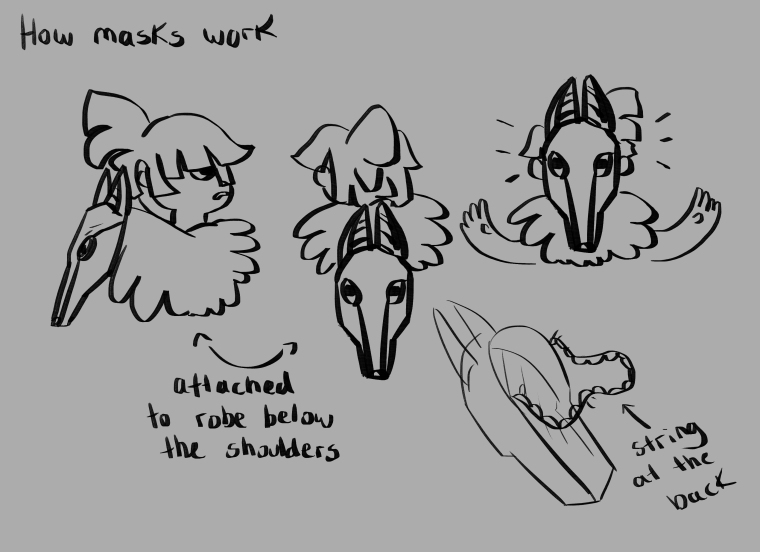 Each character has a wooden mask resembling the animal they’re associated with. Masks are worn on the back during festivities, and in the front during important moments, usually when calling out for spirits.